When Broken is Better

Isa 57:15 “For thus saith the high and lofty One that inhabiteth eternity, whose name is Holy; ‘I dwell in the high and holy place, with him also that is of a contrite and humble spirit, to revive the spirit of the humble, and to revive the heart of the contrite ones.’”

Some people don’t feel like they can ever get there because it’s so high and holy. Yet, it says, ‘with him that is contrite and humble to revive the spirit of the humble, to revive the contrite ones.’

Psalm 51:17 “The sacrifices of God are a broken spirit: a broken and a contrite heart, O God, thou wilt not despise.”

There are different ways to say, ‘broken,’ including ‘messed up,’ ‘hurt,’ ‘frustrated,’ ‘down in the dirt.’

Sometimes, we need to ask God, ‘Why am I down here?’ The answer is to grow roots. Other times, we’re planted by the rivers and we grow fruit. Brokenness is a part of your walk with God.

John the baptizer said, ‘I must decrease so He will increase.’

You can’t make God bigger. You don’t change the size of an ant by using a magnifying glass, it’s simply a change of perspective. When you magnify the Lord, frustration is involved. You can feel frustrated when you’re broken.

In God’s economy, broken is better than whole. He makes us whole from our broken pieces. He’s close in our brokenness. How can less be more? Yet, in God’s Kingdom, it is.

How can the absence of God create godliness in me? How can weakness make me strong? It doesn’t make sense. How can we shine brighter after the darkness gets done with us? How can we be more godly after spending time with the devil? God’s Kingdom is not of this world. Broken is better. Contrite is good.

There is brokenness inside.

‘Weeping may endure for a night, but joy cometh in the morning.’ God gives a word for you. Good people do weep all night, but God is still in control. You’re a strange bird if you enjoy suffering. We enjoy comfort, luxury, success. Nobody enjoys suffering.

A contrite heart magnetizes the Spirit of the Lord. God won’t pass up a person who is suffering and crying out to Him. He will pass you over when you say you’re whole.

Jesus walked on the water and would have passed them by but they cried out. Jesus was walking on the water, available, in case they needed him. If you cry out to Him, He is drawn to you. If you are contrite, He is near to you.

Mark 6:48-50 “And he saw them toiling in rowing; for the wind was contrary unto them: and about the fourth watch of the night he cometh unto them, walking upon the sea, and would have passed by them. 49 But when they saw him walking upon the sea, they supposed it had been a spirit, and cried out: 50 For they all saw him, and were troubled. And immediately he talked with them, and saith unto them, Be of good cheer: it is I; be not afraid.”

There was a woman who wanted to bless Jesus, anointing His feet for burial. She washed His feet with ointment from a jar that she had broken open and then dried His feet with her hair.

All the good stuff is coming out when you are broken. He is causing you to not abide alone. There is a lack of trust in the process that causes frustration and fear. How does a den of lions look like the beginning of a victory? The lions destroyed the enemies of Daniel, not Daniel.

The Israelites needed to be pursued to the Red Sea so the Egyptians would be destroyed and not come after them ever again.

The Israelites detested God’s food, the manna. They had plenty of food and water. Even their shoes didn’t wear out. Yet, they still complained. Finally, God sent snakes and many people died. God does not like complaining when He’s trying to bring you through to the Promised Land.

God is looking for the broken. He’ll pass by the healthy.

Jesus is here to revive, to bring back to life, the crushed and destroyed.

Jairus had a daughter who was sick unto death. He was wealthy. He’d probably had doctors many times, but she continued to get worse. So, he threw himself at Jesus’ feet. Jesus said He’d come. Then, on the way home, people told him that his daughter had already died. Jesus said, ‘Just believe.’ Talk about crushed and broken. Just believe. Sometimes, it gets worse before it gets better.

David wrote Psalm 51 when he was guilt-ridden. He was God’s friend, ruler of the greatest kingdom on earth, chosen by God, yet he committed adultery. He should have died. Instead, God forgave him.

Psalm 51:17 “The sacrifices of God are a broken spirit: a broken and a contrite heart, O God, thou wilt not despise.”

Jer 18:1-6 “The word which came to Jeremiah from the Lord, saying, 2 Arise, and go down to the potter’s house, and there I will cause thee to hear my words. 3 Then I went down to the potter’s house, and, behold, he wrought a work on the wheels. 4 And the vessel that he made of clay was marred in the hand of the potter: so he made it again another vessel, as seemed good to the potter to make it. 5 Then the word of the Lord came to me, saying, 6 O house of Israel, cannot I do with you as this potter? saith the Lord. Behold, as the clay is in the potter’s hand, so are ye in mine hand, O house of Israel.”

It’s the sheep that wanders astray that He breaks its legs and holds until it’s well.

Two legs or a piece of an ear…

Amos 3:12 “Thus saith the Lord; As the shepherd taketh out of the mouth of the lion two legs, or a piece of an ear; so shall the children of Israel be taken out that dwell in Samaria in the corner of a bed, and in Damascus in a couch.”

That guy is crazy to mess with a lion. That sheep is already dead, yet the shepherd goes after that lion and gets two legs or a piece of an ear. The shepherd has to prove to the owner that it really happened. The owner wants the pieces of that sheep.

People who are hurting pierce themselves, change the color of their hair, etc. Life is hard sometimes and you end up as fragments. All that’s left are fragments, but that’s all God needs. He can still use you.

I used to be innocent and the devil took it away. There’s so much loss and emptiness and brokenness. Jesus is not concerned with what is missing. You are still in His hands. He makes the maimed whole. He is the Friend, Family, Father, making you whole.

Jesus was preaching a long time. They were hungry and it was hot outside because they were in the arid desert. There were thousands of people, masses. People were fainting. Jesus said, ‘Go feed them.’ The disciples laughed at Him, ‘We’ve got two loaves and five fishes.’ Jesus told them to make them sit down. Every time Jesus broke bread, He took it, blessed it, broke it, and then gave it. After all that, it was multiplied.

This is what He does for us. He takes us, blesses us, breaks us, then gives us. Before you can be given and multiplied, you’ve got to be broken. It can’t be multiplied until it’s broken.

After the people were done, instead of letting the animals eat the leftovers, Jesus told them to collect all the pieces so that nothing was left. Jesus said, ‘We don’t leave fragments on the ground.’ He told them to get baskets and collect every fragment off the ground. God is still looking for the fragments because He cares about the broken. 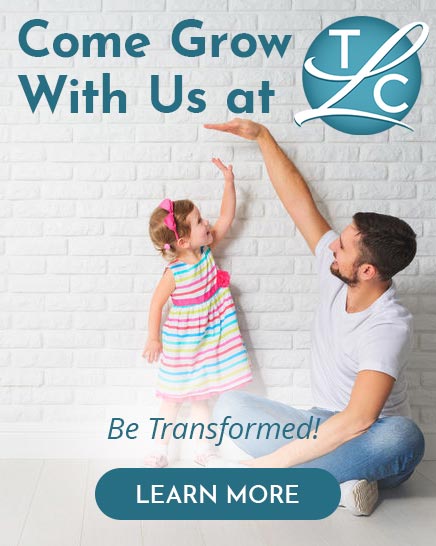